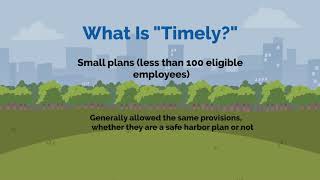 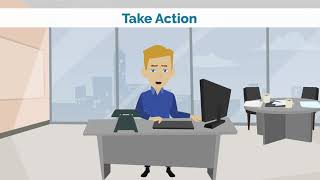 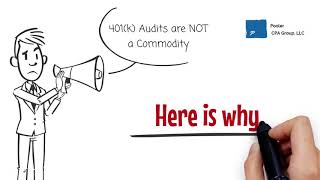 When you hear the words “audit” or “auditor,” fear, and maybe even some resentment, begin to percolate from within. Audit has been a curse word for ages, but I believe its time that this attitude should change. Auditors do more than just send long request lists (yes, these lists may seem to be as long as Santa’s naughty and nice list), show up or call when they are least wanted, and constantly follow up with relentless requests. However, in the end, auditors move people.

During the audit, auditors are not just checking off boxes on their audit program, punching up some numbers here and there, and asking some seemingly random questions. We are there, especially in the retirement plan audit arena, to gain an understanding on how the plan operates and what affects the plan overall. Through the questions we ask and the documentation requested, we begin to verify controls that are supposed to be in place that impact the plan. Payroll, on-boarding, contribution remittances to the plan trust, distributions, and so on are all facets that affect the plan. Auditors understand that the plan is not only a separate entity from the plan sponsor, but the plan is made up of actual hard-working employees of the plan sponsor. These employees depend on us to ensure the plan is operating in accordance with the plan documents and the controls in the above noted areas, but not limited to, are all operating correctly. Auditors know that its not about the plan sponsor, its about the plan’s participants.

So how exactly does an auditor move people? Auditors are the ones that see the overall operations of the plan, being able to see the forest through the trees. The third-party administrator sees what they are given from the plan sponsor, and the plan sponsor sees what is received from the third-party administrator. Many times, with this, the right hand does not see what the left hand is doing. Auditors investigate the greater detail from both parties, as well as the transactions taking place in the actual trust of the plan. Multiple issues could arise that the auditor notices while performing the audit, such as contributions from a payroll period not being submitted to the trust in a timely manner, or maybe it wasn’t submitted at all. There could also be eligible wages as described in the plan document (like I have seen numerous times revolving around bonuses and commissions) that are not properly deferred on by the payroll software, or it could have been a human, manual error. These types of issues, and many more, are formulated and communicated with plan management, which is where auditors get the opportunity to move people.

At the end of the audit, a comment letter is given to plan management (as well as the trustees and those that are charged with governance of the plan). In this comment letter, issues that may cause a material weakness are discussed (if any), as well as any other control deficiencies that are less severe than a material weakness. With these listed issues, along with any added recommendations, this is where auditors can make an impact on the plan and move people involved with it. The letter, which may be best explained with a closing meeting with the auditor, is issued for not just the fun of typing it up, but to truly help plan management understand any issues that may cause problems in the future. So, while auditors can be thought of as just looking into the past, we use this knowledge to portray what could occur in the future. Auditors move people to ensure, not only that the plan is operating in accordance with the plan documents, but so the end user and the actual ones impacted by the actions of the plan, the employees, are adequately protected.

Professional, friendly service from the founder

And the companions, known as the 401k.9s